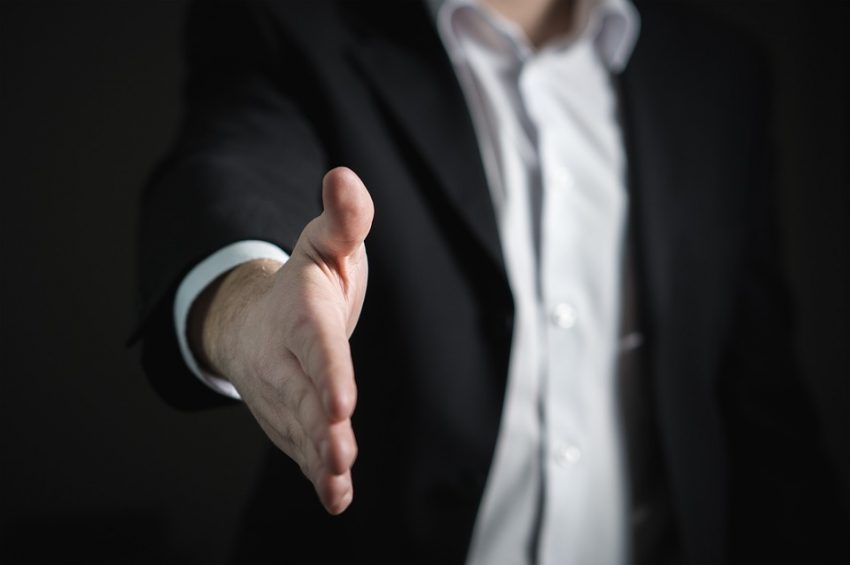 Former legal representative of the “Respect Legal” company, Danče Urošević, who in November 2019 accused Marko Bastać, then-president of the municipality of Stari grad, of corruption did not lose his job, nor was his company shut down, as he announced at the time, but he went on to win public procurements in partnerships with various companies, an investigation conducted by the Vojvodina Investigative and Analytical Center (VOICE) shows.

Even though both the legal representative and registered address have been changed, Respect Legal continued to win public procurements in Serbia. On the other hand, Danče Urošević continued to cooperate with his former company through the Transly company and secure deals worth more than a million euros following public procurements organized by local self-governments, public companies and institutions in Serbia

As our investigation shows, despite controversial tenders that have prompted a reaction from the Anti-corruption Department of the Ministry of Interior of Serbia, the “Respect Legal” company has been awarded contracts whose total worth is around EUR 1.3 million over the past four years.

The “Respect Legal” company was founded in mid-September, 2016, with the initial capital of one thousand dinars. Stefan Urošević was registered as the legal representative with the Serbian Business Registers Agency (BRA). Four months after the company was established, “Respect Legal”, LLC moved from Novi Beograd to Rakovica, i.e. apartment no. 1 on the ground floor of a residential building located in 35 Luke Vojvodića Street.

The “Respect Legal” company has a branch office in Niš, registered, just like the central office in Belgrade, at: apartment 7,15 Bubanjskih Heroja Street.

As the investigation conducted by VOICE shows, “Respect Legal” was awarded the first contract just three months after it was founded, as the main contractor, while the other company that participated in the joint bid was “Sistem – FPS obezbezbeđenje”, whose founder and legal representative was Danče Urošević. Following a call for bid issued by the General Hospital in Leskovac, this company was awarded a contract worth around RSD 1.6 million on November 29, 2016.

The company was put under the public spotlight on October 25, 2017, due to a contract worth five million dinars with the “Vidrak” public company from Valjevo.

The contract with “Respect Legal” was signed on February 28, 2017, while a decision on amending the contract, which saw the value of the public procurement raised by RSD 250,000, was made after six months, as it was reported by the Kolubarske.rs portal. According to this portal, the public procurement for “provision of staff security services, including fixed-term employment contracts” saw 51 people finding employment for a period of one year, including managers and supervisors.

The list of the employed staff includes an internal auditor, a legal officer, a public procurement officer, a business secretary, a planning officer, garbage truck drivers, cashiers, a parking control officer, a landscaping expert and a dog sitter. The portal reported that among those awarded employment contract for a fixed period of one year were the head of technical department and recycling and workshop supervisors.

The investigation conducted by VOICE shows that the controversial public procurement had no impact on future operations of the company, its participation in public procurements and the fact that it won tenders all over Serbia.

In 2018, “Respect Legal” changed its core activity, so the Serbian Business Registers Agency replaced “consulting services related to business and other types of management” with “activities related to employment agencies”. Furthermore, the head office moved from the ground-floor apartment in 35 Luke Vojvodića, to a first-floor apartment down the same street (1 Luke Vojvodića). At the end of July (25.7. 2018), BRA registered Danče Urošević as the legal representative. That year, 2018, the company was awarded seven contracts following public procurements for services worth around RSD 48.8 million.

At the beginning of 2019, “Respect Legal” made the news once again. This time, the occasion was an action conducted by the members of the Anti-corruption department of the Ministry of Interior. Namely, this police department, in cooperation with the Higher Public Prosecutor’s office in Niš and the Security Intelligence Agency, arrested three people in February on the charges of committing several criminal acts related to corruption.

The Ministry stated that D.S. had instigated N.D to alter the documents related to the public procurement for the provision of services related to hygiene maintenance at the General Hospital in Leskovac, so that “Transly“ and “Respect Legal“ from Belgrade would be able to meet the terms and conditions stipulated in the public procurement documents and, consequently, be awarded the job. Using his official position, N.D. acted as a mediator and persuaded M.M, a member of the committee in charge of public procurements at this hospital, to alter the tender documentation without a prior written request by a bidder, so that “Transly“ and “Respect Legal“ would gain illegal advantage over other bidders for provision of services related to hygiene maintenance.

It was also said in the Ministry’s announcement that EUR 22,200, CHF 3,500 and USD 400 were found and confiscated during the house search of the suspect N.D.

When examining further operations of “Respect Legal”, VOICE discovered that, despite the fact that a representative of the company he was running had been arrested, Danče Urošević remained the company’s legal representative until the middle of that year, when he was replaced by Vladan Kočović.

Towards the end of 2019, i.e., on November 11, Danče Urošević was characterized as a whistleblower by the regime-controlled media outlets, since he had accused the then-president of the Belgrade municipality of Stari grad, Marko Bastać, of allegedly embezzling RSD 86 million from the municipality’s budget.

“Having won the tender, “Respect Legal” was awarded a contract worth RSD 86 million for 2018 and 2019 with the municipality of Stari grad. I accepted the conditions put forward by the municipality’s leaders, which was to employ 60 workers they would select. I found out later that 23 had already been employed elsewhere, but we had to pay their salaries nevertheless, because of blackmails and threats that they would close down my company”, Danče Urošević said at the time, adding that he might get into major troubles and “close down the company”.

Tenders instead of padlock

In his “confession”, Urošević stated that he had lost his job because of all that. However, the VOICE’s investigation proves that Danče Urošević continued a successful business cooperation with “Respect Legal” unhindered.

Only a month later (December 21, 2019), the company was awarded a contract with “Pogrebne usluge” Beograd, PUC, worth RSD 21.6 million (VAT excluded). “Respect Legal” won the contract at this public procurement as part of a bidding consortium, which also included “Transfly”, a company whose representative is Danče Urošević himself.

In July this year, the company moved once again, but this time from Belgrade to Novi Sad. It changed its name to “Respect Legal Novi Sad”, its owner and its director. With the initial capital of one thousand dinars, the company was taken over by a citizen of India, Godhke Deepak Kumar.

VOICE also discovered that the name of the new owner of “Respect Legal” appeared connected with 54 companies in Serbia. Godhke Deepak Kumar is a director of 43 active companies in Serbia. He is the liquidation manager in 10 companies, while one company has been removed from the BRA’s records.

The business cooperation between Urošević and “Respect Legal” continued in 2020, when in July this year the City of Niš awarded a contract to “Respect Legal” and “Transly” worth RSD 13,750,000. The contract is related to a job of providing farmland protection services, while the amount stipulated relates to this year, as well as to 2021 and 2022.

The third company in the consortium was “G2 Falcon”, whose legal representative is Vladan Kočović, the person who replaced Danče Urošević as the director of “Respect Legal”.

From its establishment in 2016 until the change of owner this year, “Respect Legal” won 25 contracts as part of various bidding consortia at public procurements organized by local self-governments, public companies and institutions in Serbia, worth around RSD 157,878,000.

Former legal representative of the “Respect Legal” company, Danče Urošević, who in November 2019 accused Marko Bastać, then-president of the municipality of Stari grad, of corruption did not lose his job, nor was his company shut down, as he announced…