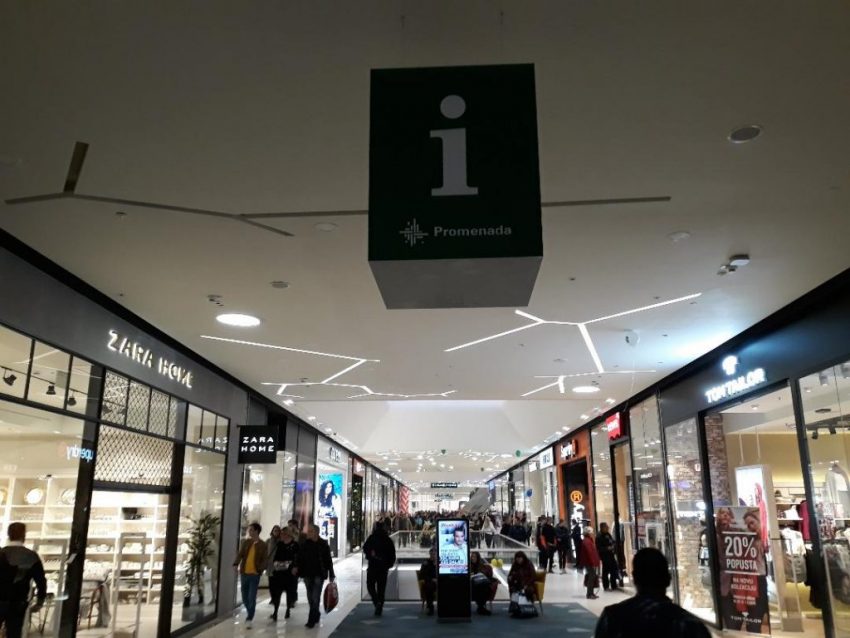 “Vodovod i kanalizacija” PUC will issue a permit for drainage of underground water during the one-year trial operation of the Promenada Shopping Centre, it has been confirmed to VOICE by this company. “Vodovod i kanalizacija” has not provided this service so far, because no-one has ever requested it, so the City Council adopted a new official price list fifteen days ago.

Two weeks ago, the investor company NEPI Rockcastle submitted an unprecedented request for temporary release of underground water into the city’s sewage system during the validity of the permit for trial operation.

The chief engineer of “Vodovod i kanalizacija” says that the service of draining water has always existed, but that it encompassed only the works on the foundation. This request, on the other hand, is a precedent, she explains, since this the first time someone needs this service provided over a much longer period.

“That is why the price list has now been precisely defined by our experts and adopted by the supervisory board and we have received approval from the City Council. The price is significantly higher than that applied for draining wastewater for companies, because there are additional interventions needed when it comes to draining underground water,” she explains and adds that the new price list will be published in the days to come.

“Vodovod i kanalizacija” confirms that the investor submitted this request two weeks ago and that the permit will be issued once a contract on providing access is signed and when other public companies issue their conditions for installation crossing and leading, in accordance with the procedure and when the city’s department of urban planning issued a permit for installing access points.

“I can’t tell you exactly when it’ll be over. The access points to the street network already exist there, but two manholes need to be installed with measuring devices. All that can be done in five to seven days from the moment a permit for installing access points is issued,” Karadzic says, adding that the job definitely won’t be finished before 30th November.

That is the date when the temporary permit for releasing underground water issued by “Vodovod i kanalizacija” to the contractors expires. However, the legal framework does not allow for another extension, claim experts from this public utility company.

When asked whether it meant that during the period between the expiration of the permit and the date when a new contract is signed and manholes installed the investor would be releasing water into the sewage system illegally, Ikonija Karadzic gave an affirmative answer.

“We’ll conduct a procedure which is always conducted when someone performs illegal operations on our system and that is to file a report to the public utilities inspection, who will start a procedure, create a report and pass a decision to allow 15 days for all irregularities to be removed,” she explains.

When asked whether the investor had issued any guarantees that they would find a permanent solution to the problem with underground water before the permit for trial operation expired, the chief engineer replied that her company was not in charge of that problem.

“Legally, a trial period can’t last more than a year and that is something the technical acceptance committee, building inspection and other relevant institutions monitor,” says Karadzic.

Namely, in late September “Vodovod i kanalizacija” rejected the contractor’s request for extension of permit for releasing excess underground water from the Promenada construction site into the sewage system.

This company then stated that a visit to the site showed that the facility was in the final stage and about to be set in motion and that consequently “there is no more an option to release excess underground water into the sewage system of the city of Novi Sad on the construction site.”

The memo also states that in accordance with the assessment, this company is unable to agree to extend the permit for releasing excess underground water from the site in question into the sewage system of the city, neither during the requested period, nor in the future.

The lack of permit, however, did not represent an obstacle for the contractor and investor to continue construction works, as VOICE has already reported. When asked how it was possible for the works on the construction site to continue, neither “Vodovod i kanalizacija”, nor the city’s department of urban planning provided an answer.

It was symptomatic that the opening ceremony of Promenada featured no politicians, while the facility remains unfinished.

Apart from the request to extend the permit for draining excess water, “Vodovod i kanalizacija” also received a request for a permit to continue pumping excess water into the sewage system during the exploitation of the facility, which was also rejected with an explanation that “nowhere in the world is underground water constantly released into a sewage system.”

A few days ago, the management of the Promenada Shopping Centre reached an agreement with the city to install a special system for pumping excess underground water into the city’s sewage system. Commenting on the agreement, the mayor of Novi Sad Milos Vucevic said that a technical solution had been found for the problem related to underground water.

“They will finance a separate wastewater treatment plant, because they have to release technically clean water and they will finance the improvement of the capacity of the sewage system on that corridor. The water will not be drained directly into the Danube, nor directly into the existing sewage system,” said Vucevic, without specifying exactly what kind of solution has been found.

“Vodovod i kanalizacija” still does not know what the final solution to the problem with underground water is, because several options have been put forward by experts, but a concrete plan is yet to come. One of the suggestions most commonly mentioned in public is to install a pipeline which would take excess underground water to the Danube.

However, senior research assistant at the “Jovan Cvijic” Geographical Institute, Tivadar Gaudenji believes that underground water, if pumped, should be returned to the same system where it came, i.e. that it should circulate back to the source. He says that water should be drained from a greater depth and returned to the first water-bearing layer.

“Draining underground water into rivers is in accordance with the law, but not with professionalism. There are Renney wells for drinking water nearby and releasing underground water into the river can cause many problems. The flow and pressure in those wells could be reduced. No study has been conducted into the effects of this proposal, but it is certain that such a system can have unforeseeable consequences,” warns Gaudenji.

He explains that the geological situation in that part of the city is very risky for facilities built at greater depths. The problem with underground water could be solved with optimal hydro-insulation, he says, but adds that he is referring to a basement of up to two and half meters below ground.

“I saw with my own eyes, estimating the lamination of layers, that the depth is between five and seven metres. I don’t understand how they got a permit to go that deep, when no other facility in Liman was granted such a permit. They were lucky that no heavy showers or high levels of the Danube have occurred so far,” he concludes. 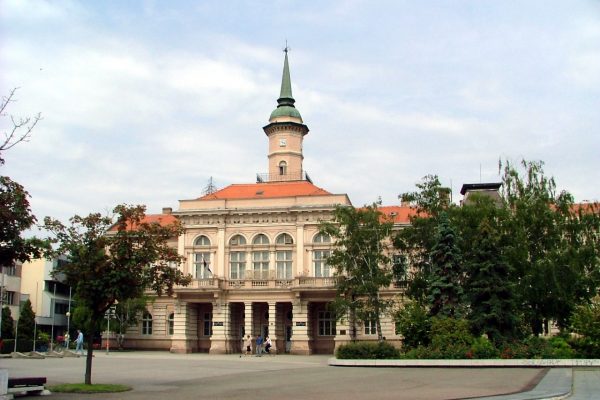