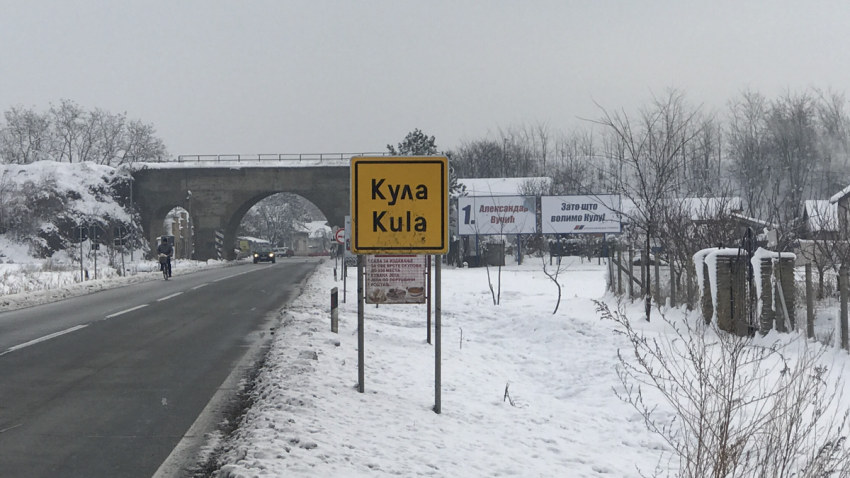 The “Herrero”, LLC, owned by Radovan Kovač, continued to be awarded contracts related to hygiene maintenance at public procurements after Kovač became the owner of the local media outlet “Informativno-propagandni centar Kula” (IPC Kula). Over the past four years, “Herrero”, whose registered core activity is media services, has made more than RSD 10 million by cleaning the municipal building.

Furthermore, the media outlets owned by Radovan Kovač have received a noticeably bigger financial support from the municipality, as well as from the province and the state, than other media outlets. Basically, in under five years, the municipal hygienist has received 64 times more money than he paid for this former public broadcasting company.

The companies owned by Radovan Kovač, even before he became the owner of the only local media outlet, had received exclusive contracts related to cleaning the municipal building and this practice continued after he bought IPC Kula for EUR 3,500 as the sole bidder.

It all started in 2014, when Kovač’s companies, first “Eco clean” and then “Herrero”, were awarded contracts related to hygiene maintenance worth over two million dinars.

At the public procurement organized in March 2015, Kovač’s “Herrero” received RSD 2,380,000 from the local budget, while only five months later “the municipal hygienist” bought the former public broadcasting company IPC Kula, which encompasses a radio station, a TV station and the “Kulska komuna” magazine, for EUR 3,500 as the sole bidder.

A deal with billboards – a recommendation for entering the domain of public broadcasting?

According to media reports, he justified his decision to switch from cleaning to media by stating that he wished to improve the local media situation and adding that he was no stranger to the media sector, since he and his brother had been involved in the billboard business for years. The Privatization Agency received responses from the Administration for the Prevention of Money Laundering and the Regulatory Authority for Electronic Media in which they expressed their opinion that there were no obstacles to concluding a contract with the new owner.

Between 2016 and now, the media outlets within Kovač’s IPC Kula, which favor the ruling coalition led by the Serbian Progressive Party, have received financial support worth several million dinars from the municipal budget, the same one that enables Kovač’s “Herrero” to earn millions by maintaining hygiene.

Out of 3.6 million dinars allocated to media outlets from the budget of the Municipality of Kula in 2016, Kovač’s IPC received 3.3 million dinars, almost eight times more than the new owner paid for this local media outlet. Public criticism of this decision was issued by the Coalition of Journalists’ and Media Association (JAS (UNS), IJAS (NUNS), IJAV (NDNV), ANEM and Local Press), according to media reports at the time.

That same year, Kovač’s “Herrero” received just over two million dinars for cleaning services, while the connection between the municipal authorities and the municipality’s chief hygienist and local media mogul continued in the years to follow, an investigation conducted by VOICE, which included inspection of the information available at the Public procurement portal, shows.

The price of keeping the municipal building in Kula clean has been rising each year, as so has the support to the local Q TV and Q Radio, which operate within Kovač’s IPC.

Almost 2.3 million dinars were allocated from the local budget for cleaning and maintenance of the municipal building in 2017, in 2018 it was 2.7 million dinars, while in 2019 the same service cost almost 3 million dinars. This year, “Herrero” was awarded the same contract worth almost 3.2 million dinars, according to the records of the Public Procurement Office.

In the meantime, “the exclusive cleaner” of the municipal building in Kula, boasting four employees, has changed its core activity from “non-specialized wholesale trading” to “production of cinematographic content, audio and video products and TV program”, as the records of the Serbian Business Registers Agency show.

At the same time, the municipal budget continued to allocate financial support for media projects to Kovač’s IPC Kula, which represents a major share of all funds to be allocated for co-financing media outlets. For example, in 2015, Q TV, which still had not been registered, received 2.4 million dinars. VOICE was unable to find publicly available information about the funds allocated in 2016, but this amount in 2017 was 2.4 million. In the next three years, whenever there was an election at any level, starting from the local election in 2018, the support to Kovač’s media outlets grew significantly. For example, in the year when the citizens of Kula elected new members of the local assembly, IPC Kula received 3.7 million dinars from the municipal budget. This amount grew over the next two years, to 3.8 million in 2019 and 4.4 million in 2020.

In under five years, since Kovač took over the role of a local media mogul, the state, provincial and local budgets have granted almost 27 million dinars, i.e., more than EUR 224,000 to IPC Kula for various projects. This is 64 times for than the chief municipal hygienist paid for the former public broadcasting company.

The “Herrero”, LLC, owned by Radovan Kovač, continued to be awarded contracts related to hygiene maintenance at public procurements after Kovač became the owner of the local media outlet “Informativno-propagandni centar Kula” (IPC Kula). Over the past four years, “Herrero”,…