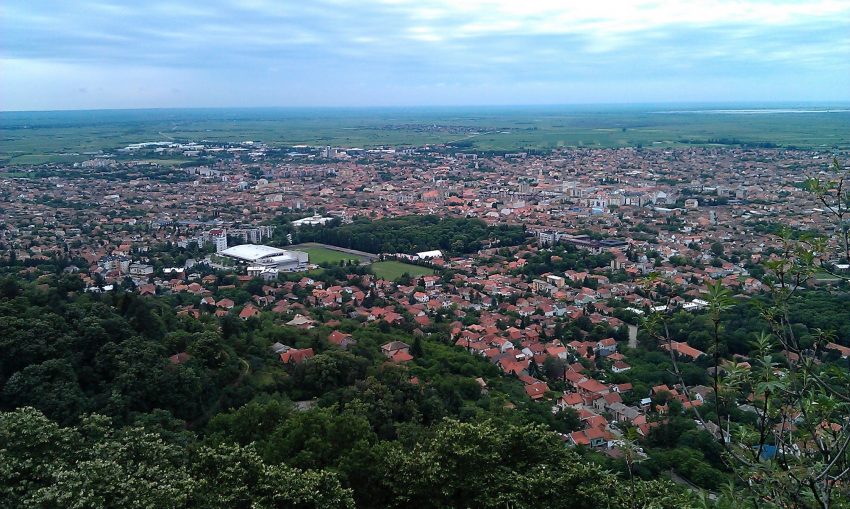 In 2017, the Special Psychiatric Hospital “Dr Slavoljub Bakalović“ in Vršac signed a contract related to staff leasing worth RSD 22,886,512 with the “Status Fin” company. Until July this year, this company had signed seven more contracts, worth RSD 214,075,062, with the hospital, as well as with the City of Vršac and the “Drugi oktobar”, PUC. It is indicative that one of the founders of the “Status Fin” company and owner of 50 percent of shares in it until recently is also a member of the local assembly, representing the Serbian Progressive Party.

“Status Fin” was founded by Snežana Rađenović and Ljiljana Trenevski in January 2008 and registered as a company offering bookkeeping and tax consultancy services. This is also the second company that Rađenović and Trenevski founded together, because between 2000 and 2011 they ran a partnership company “Panacomp” in Vršac, offering accounting services. Today, as the website of the Serbian Business Registers Agency states, the headquarters of “Status Fin” is in Belgrade, 31 Cara Uroša Street, and its authorized representative and the sole owner is Ljiljana Trenevski. However, at the moment when the contract between this company and the Special Psychiatric Hospital “Dr Slavoljub Bakalović“ was signed in 2017, Rađenović and Trenevski each had 50 percent of the shares, respectively, while Snežana Rađenović was at the same time part of the political group of the Serbian Progressive Party at the Vršac City Assembly. She was a candidate of a group of citizens “Za bolji Vršac“ (“For Better Vrsac”) at the local election in 2016, but only six months later she “switched parties” and joined the political group of the Serbian Progressive Party. She remained a member of the Vršac City Assembly after the local election held this year, running as a candidate on the SPP list. Just like Snežana Rađenović, another member of the city assembly elected from the SPP list at this year’s local election is Tatjana Voskresenski, a long-tenured manager of the Special Psychiatric Hospital “Dr Slavoljub Bakalović”.

The contract with the special hospital was signed in 2017 by “Status Fin”, as the leader of a joint bidding consortium, which included the “Inter Safe Business”, LLC. This company dealing with private security is registered at 1a Ljutice Bogdana Street, Belgrade, which is the address where the “Marakana” stadium is located, so it was no surprise they provided security services at a football match played by Crvena Zvezda (Red Star) in 2013. However, as the media reported at the time, a contract had never been signed for provision of such service.  This company is also mentioned as part of a consortium whose bid within the scope of the public procurement procedure of EPS (“Elektroprivreda Srbije”) regarding meter reading was accepted and which cost the citizens of Serbia twice as much as it normally does.

In 2018, after 18 years of working together, Trenevski took over 100 percent of the ownership of “Status Fin”, which continued to be awarded contracts in Vršac. Only a few months after the ownership structure was changed, another contract was signed with the special hospital, worth 27 million dinars. There were complaints following the bidding procedure, since, as it was stated, the hospital required the bidders to submit prices for each job position stipulated in the bidding material, without any guarantees that the workers would be hired during the whole period of the contract validity, which raised the question whether the public procurement procedure had been created in a way that would allow only the current bidder (or, in this case, “Status Fin”) to know which price to list for each job position and, thus, submit the most favorable offer.

A year later, “Status Fin” signed a contract with “Drugi oktobar“, PUC regarding staff leasing. The contract was worth 80 million dinars and this bidding procedure, like three others that “Status Fin” won, was concluded without any other bids. At the time when the contract was signed, the director of “Drugi oktobar“, PUC, Nebojša Perić, was appointed, as the only candidate, the head of the Commission for Protection of Competition. That year, 2019, two more contracts were signed with the city, worth RSD 13,750,000, along with the now-traditional contract with the special hospital, worth RSD 20,263,110.

Since the beginning of 2020, “Status Fin” has signed two contracts with “Drugi Oktobar”, PUC, whose combined worth is RSD 28,729,451. On the other hand, it signed a contract with the special hospital not as a sole bidder, but as part of a consortium, lead by “Baron Brewski and Friends”, which first appeared at the same bidding a year before, competing against “Status Fin”. The road from being a competitor to becoming a partner in a deal worth 44 million dinars lasted one year, but it is not surprising, since the two companies share the same e-mail address and the same owner and authorized representative. Namely, “Baron Brewski and Friends” was established in 2011 and it is the second company associated with Snežana Rađenović, because it was Rađenović who was the sole proprietor between 2013 and 2015. The ownership and authority to represent the company was taken over by Bojana Stojšić, who was a representative of “Status Fin” in 2018 and 2019. Even though the company’s core activity was changed in 2015 from retail trade to accounting and bookkeeping services and tax consultancy, a Google search related to “Baron Brewski and Friends” takes you to the “the most charming dog-grooming salon in Belgrade”, a pet parlor and pet shop at the same address where “Status Fin” is registered. We have not received any answers from either “Status Fin”, or the Special Psychiatric Hospital “Dr Slavoljub Bakalović” regarding the members of the Vršac City Assembly. Miloš Katić, a forensic accountant and economist, says that such links between politics and budget funds allocation are not isolated incidents.

“Over the past five years, VOICE has been closely monitoring the public procurement procedures in Vojvodina and we’ve noticed that there is a certain pattern when it comes to awarding contracts related to public procurement. The fact is that certain institutions do react. One of them is the State Audit Institution. When you read their reports, you can see that they constantly notice irregularities related to public procurement procedures. Also, the Anti-Corruption Agency has on several occasions passed recommendations for local officials to be removed from office,” Katić explains, adding that despite the work of the State Audit Institution and the Anti-Corruption Agency, such cases rarely end in a way that is in the citizens’ interest. On the one hand, those recommendations for local officials to be removed from office are rejected by local assemblies, comprising local assembly members. In doing so, they show their support to presidents of municipalities and other public officials who are the subjects of those recommendations. On the other hand, the results of the cases initiated by the Anti-Corruption Agency that appear before the Higher Public Prosecutor’s Office “are fines, which are disproportionally low in comparison with the damage to the budget,” Katić explains.

“What we expect, since the President of Serbia Aleksandar Vučić announced the fight against crime and corruption for the fifth time, is the same announcement to be made by the Prime Minister, who would then really start a decisive battle against, first and foremost, the budget mafia in the future,” says Katić, while that same time emphasizing the role of media, “who should shed light on such red flags found in local self-government units, in order to cause public reaction and encourage the citizens themselves to react when they notice such situations,” says Katić. 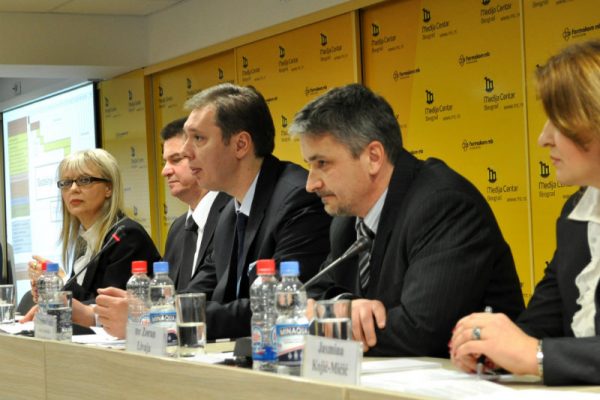 In 2017, the Special Psychiatric Hospital “Dr Slavoljub Bakalović“ in Vršac signed a contract related to staff leasing worth RSD 22,886,512 with the “Status Fin” company. Until July this year, this company had signed seven more contracts, worth RSD 214,075,062,…