Sanja Petric from Novi Sad, wife of businessman Nebojsa Petric and director at his company “Promist”, as well as one of the real owners of the “Galens Invest” company, has bought 205 parcels on Fruska gora and its slopes for herself, as well as one parcel in Bajina Basta. Furthermore, the cadastre records show that she is also the owner of two building sites in Novi Sad.

She has been buying the land along the Fruska gora mountain, from the municipality of Beocin to the municipality of Indjija, over the past several years, mostly from private owners. The parcel she bought in the municipality of Bajina Basta (forest land in the settlement of Solotusa) is also on the territory of a national park (the Tara National Park). In a short period of time, considering the fact that she was buying mostly from private owners, she has come into possession of dozens of hectares on the territory of Fruska gora. If we do not take into account the municipality of Beocin, where she bought most parcels, i.e. 122 of them, she is now the owner of 34.5 hectares of Fruska gora and its slopes. An inspection of cadastre records shows that she has been buying the aforementioned real estate carefully, one at the time, in order to obtain adjacent parcels and create huge estates on attractive locations.

As VOICE recently reported, Sanja Petrić is also the owner of parcels in Rakovac, in the municipality of Beocin, which partly belong to the Fruska gora National Park.  A concrete road through the forest in the national park has been built on the land belonging to the Serbian Orthodox Church, as well as on a parcel belonging to her this year, thus breaking the provisions in the decision passed by the Institute for Nature Conservation of Vojvodina Province. Furthermore, the works were performed without the necessary permits from other relevant institutions. The road leads to one of the most beautiful lookouts on Fruska gora, surrounded by the estate belonging to Petric. We also saw that the construction works were being performed even during the state of emergency. Moreover, many hectares of the national park have been fenced, including the lookout, so hikers, tourists and local citizens are unable to use this public resource.

“There is a bigger fish swimming behind”

A new investigation conducted by VOICE has shown that, after Beocin, Sanja Petric bought most of the parcels around Sremski Karlovci – as many as 78 real estate (agricultural land and construction sites outside residential areas). She has bought parcels on the locations such as Dobrilovac, Banstol, Dimsin Do… A few of the parcels feature weekend houses or similar facilities, but most parcels are agricultural fields of poorer quality, forests, vineyards, orchards, areas covered with common reed and swamps. The real estate cadastre office records show that some of the parcels (on the location of Dobosevac) are within the borders of the Fruska gora National Park. For example, she has bought parcels ranging from 60 square metres to 33,867 square metres on the location of Dobrilovac.

This woman from Novi Sad has also bought land in the municipality of Indjija, in the village of Cortanovci, as well as in Ledinci, near Novi Sad.

The former owners, who sold their estates to Petric, told us that the price at the moment of purchase was acceptable for them, but they also conveyed their impression that “the field had been prepared carefully for swift transactions”, as well as the rumours that “there is a bigger fish swimming behind”.

Since 2014, Sanja Petric has been the owner, i.e. holder of proprietary rights of facility in Somborska Street in Novi Sad. As the records from the real estate folio in the land register show, this parcel provides access to another parcel, featuring a power transformer station and the contract related to this parcel was concluded between “Elektrovojvodina” and “Galens Invest”.

Sanja Petric also owns a parcel in Rumenacka street and “Galens Invest” appears in the same context. “Komercijalna banka” has put a mortgage on this parcel.

What is more, Sanja Petric is one of the owners of “Galens Invest”, through the “Ossid kapital” company, established in 2014, whose sole proprietor is Ms Petric. “Ossid kapital” was registered as a member of “Galens Invest” in 2018, together with “Galens” LLC for production, trading and services. The citizens of Novi Sad are quite familiar with all “Galens” companies, the biggest building company in the capital of Vojvodina for several years now. The general public recognises Sanja’s husband, Nebojsa Petric as one of the key figures at “Galens”.

The Serbian Business Registers Agency records show that “Galens”, a company dealing with production, trading and services, was established in 2004 and that it has four affiliated companies: “Galens Invest” (2009), “Uni Galens” (2012), “Project Galens Invest” (2017) and “Zvezdara Galens Invest” (2018). They are all registered for construction of residential and industrial facilities.

Several of large investments made by “Galens” have been accompanied by negative reactions among architects and the general public.

Let us not forget that, having built a number of residential buildings and complexes in Novi Sad, in 2016 this company started implementing the plans for the construction of “Kraljevski park”, for which the general urban plan had to be altered. This was followed by the demolition of what were the oldest houses in Vojvodina – the thatched houses in Kraljevica Marka Street, which had been under the protection of the state as cultural monuments before “Galens” started preparing for construction works on the very same location.

The dissatisfaction and protests of the citizens of Novi Sad were also provoked by the construction of the “Pupinova palata” (Pupin’s Palace) in the centre of Novi Sad. This, as the company’s website calls it, “remarkable construction project” was conducted by demolishing the building of a bank which was protected as a monument of cultural and historical importance and relocating the monument dedicated to the Chenazy family of Armenian origin.

The latest project by “Galens” in Novi Sad, a.k.a. “Novi Sad Waterfront” is accompanied by a number of problematic situations, such as the refusal of the “Vode Vojvodine” Public Company to allow the alternation of the urban plan, which envisages construction of a new embankment along the Danube and construction of an office-residential complex.

As the Serbian Business Registers Agency records show, Sanja Petric is one of the official representative of the “Promist” company. Furthermore, her company “Ossid kapital” is registered as an affiliated entity of “Promist”. The only employee of “Ossid kapital” is Sanja Petric, wife of Nebojsa Petric, the only member of the “Promist” LLC, Novi Sad. The main activity of this affiliated entity is purchase and selling of real estate.

Since 2002, “Promist” has been dealing with agriculture, i.e. with wholesale of chemical products – artificial fertilisers.

Its affiliated entities in Serbia are, according to the report of the Commission for Protection of Competition, “Agroprodaja” LLC, Belgrade, whose only member is “Promist” Novi Sad, with 100 percent share ownership and whose main activity is warehousing, as well as “Hrastovača” LLC, Pozarevac, where “Promist” holds 50 percent ownership and which deals with growing grains and oil plants. There is also “Premier gradnja” LCC, Subotica, where “Promist” has a hundred percent ownership and which deals mainly with construction of residential and industrial facilities. Other affiliated entities where “Promist” holds a hundred percent ownership are “Lintz”, LLC Novi Sad and “NS hotels & resorts” LLC, Zvornik, which deals with catering. Hence the connection between Nebojsa Petric and the popular restaurant in Novi Sad “Zak”, recently opened at “Pupinova palata” – the company from Zvornik is behind “Zak”.

It should also be noted that the only owner of “NS hotels” is “NS hotels & resorts” LLC, Zvornik. This is not the only thing that provides business connections between Petric, “Promist” and “Galens” on the one hand and the Republic of Srpska on the other.

The media in Bosnia and Herzegovina often report on the strong link between the businessman from Novi Sad and the authorities in Banjaluka and on the inflow of capital from the Republic of Srpska into Serbia and vice versa. The latest change in the ownership structure that the media reported was the selling of shares of “Pavlovic banka” to “Galens”.

Finally, we would like to mention that Sanja and Nebojsa Petric are members of the Sremski Karlovci Farmers’ Cooperative. They are also mentioned in the official communication from the city of Novi Sad in 2017 as ones of the biggest donors to the “Privrednik” Foundation. 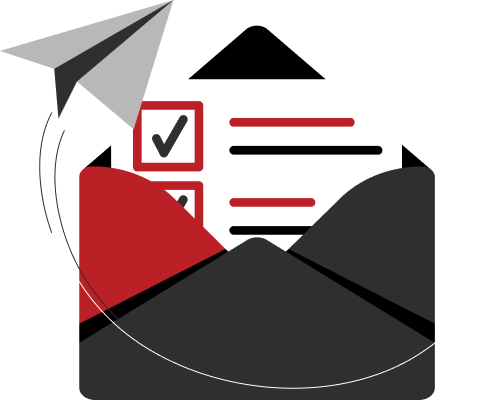 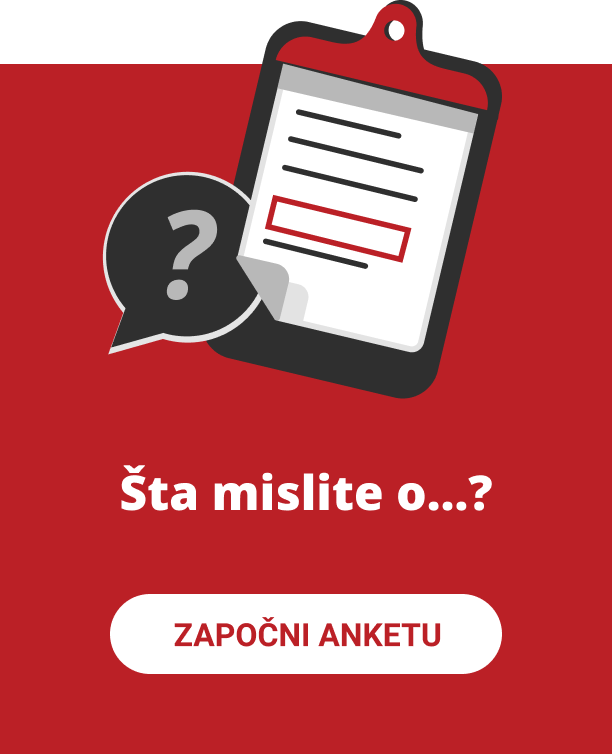 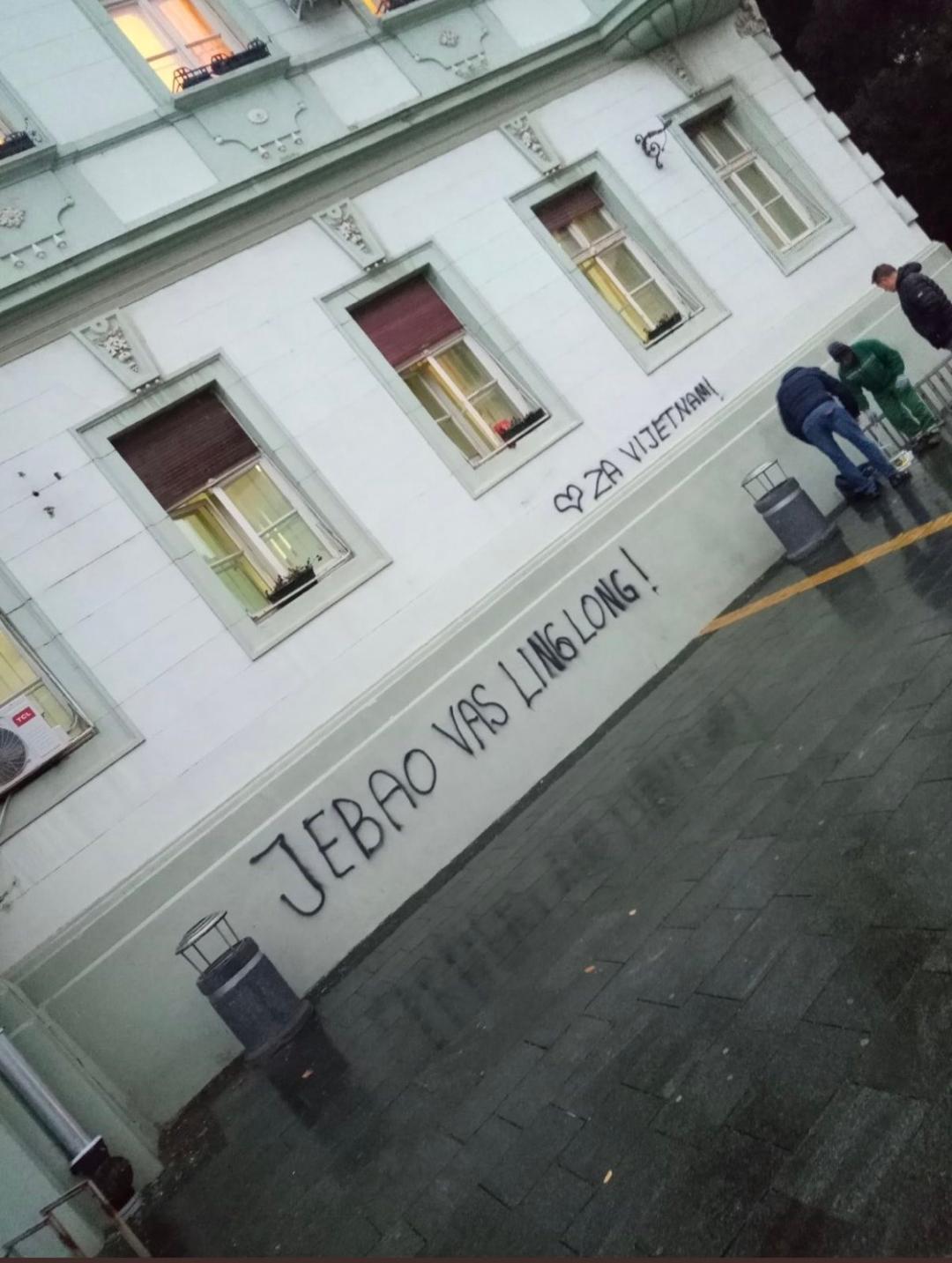 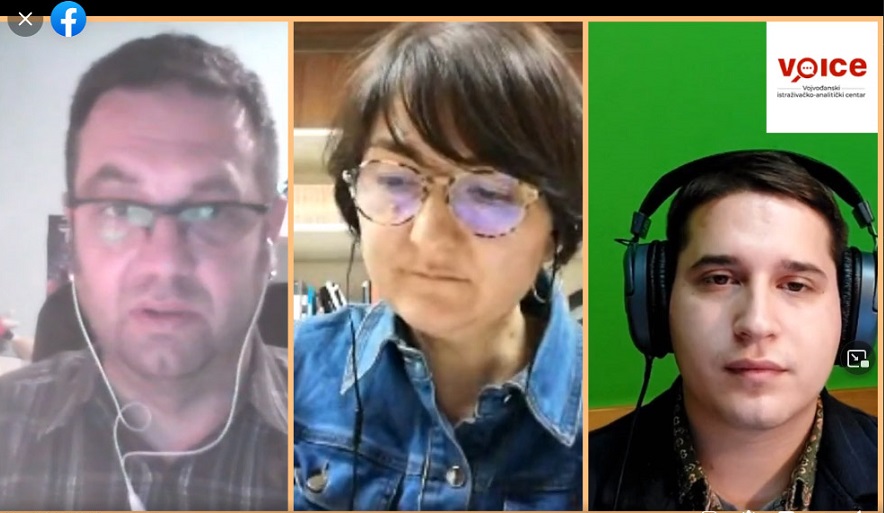 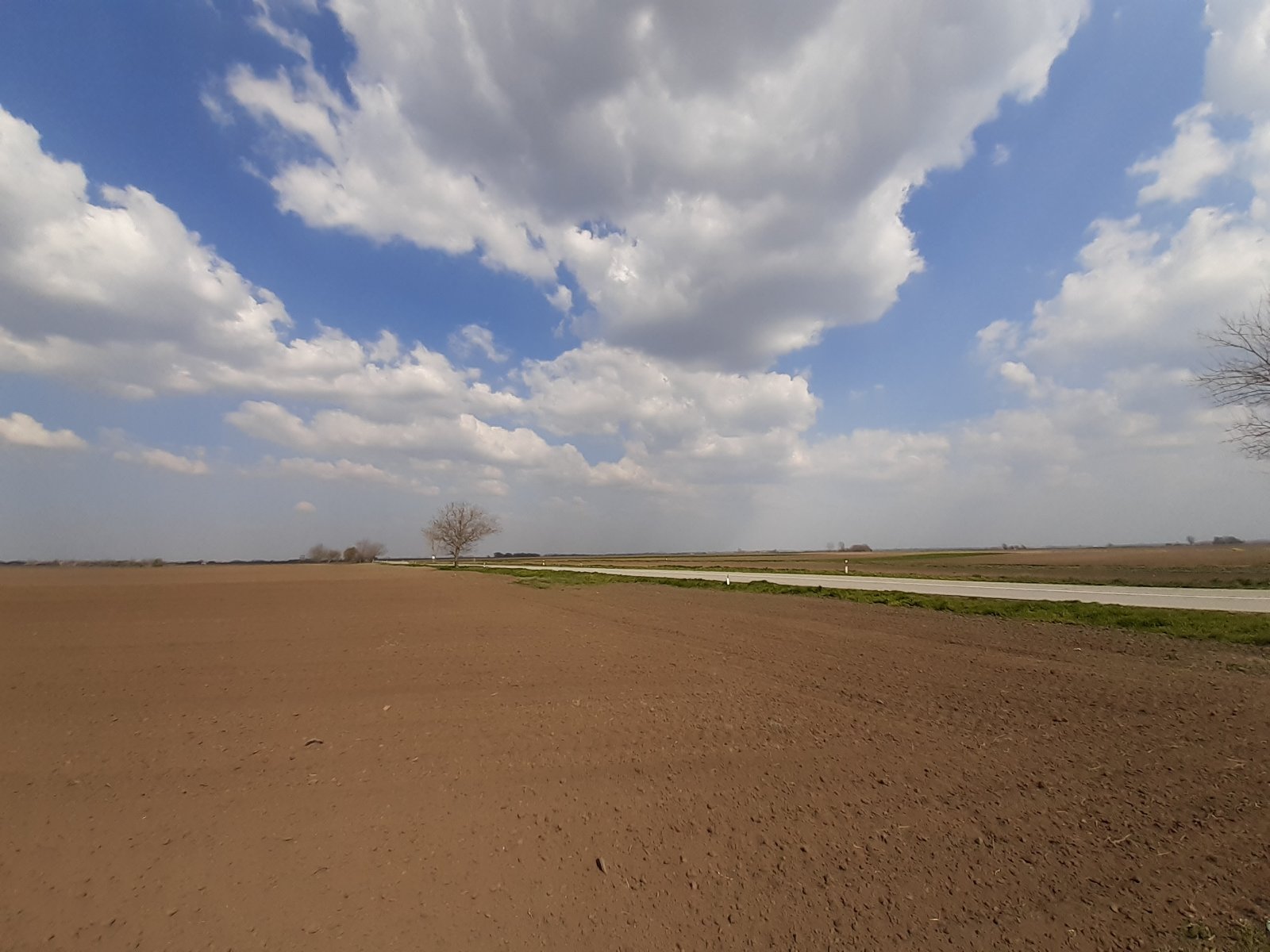 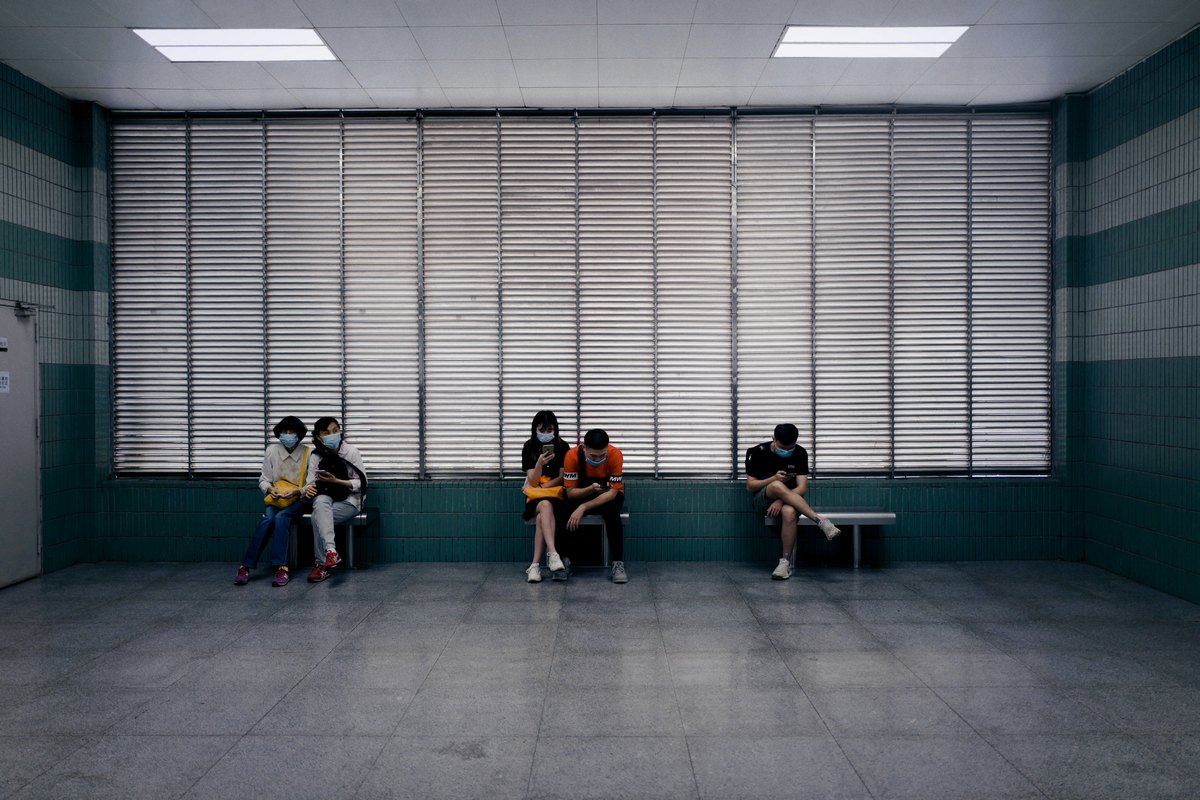 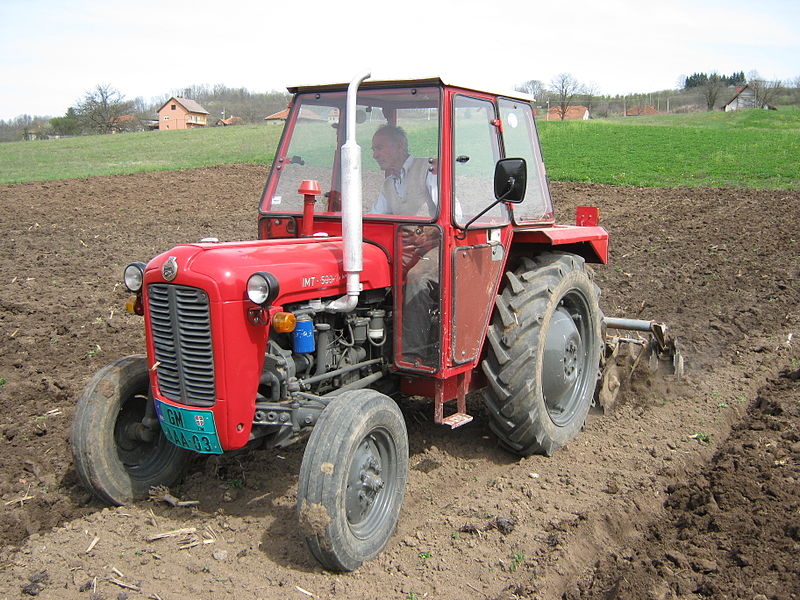 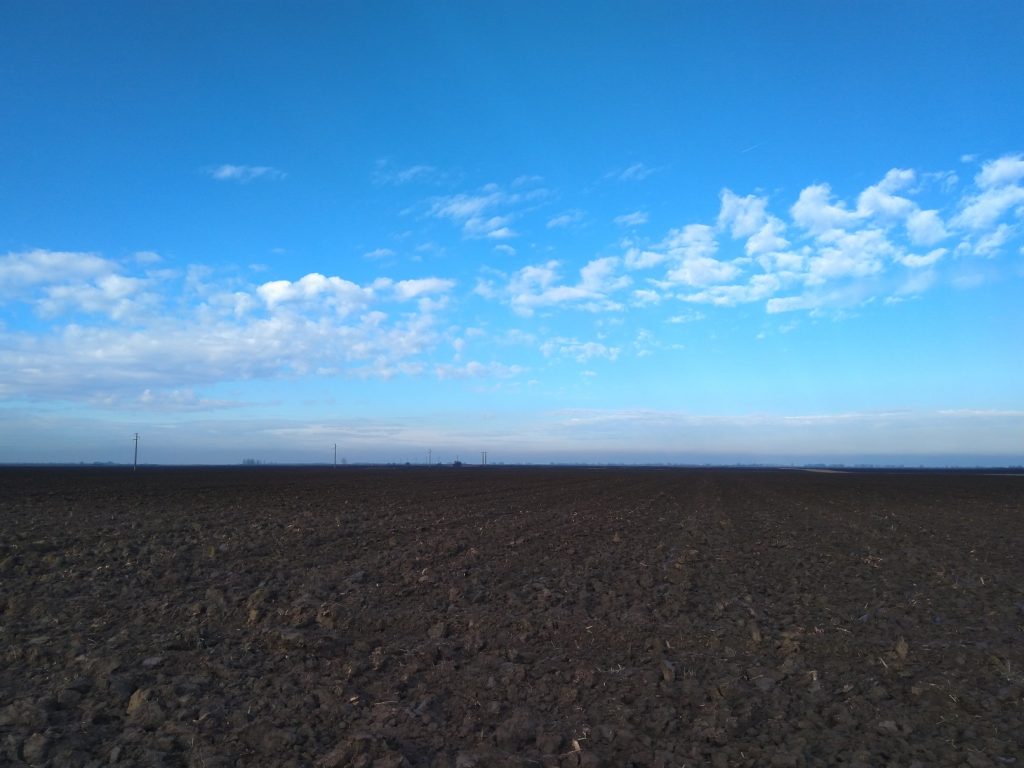 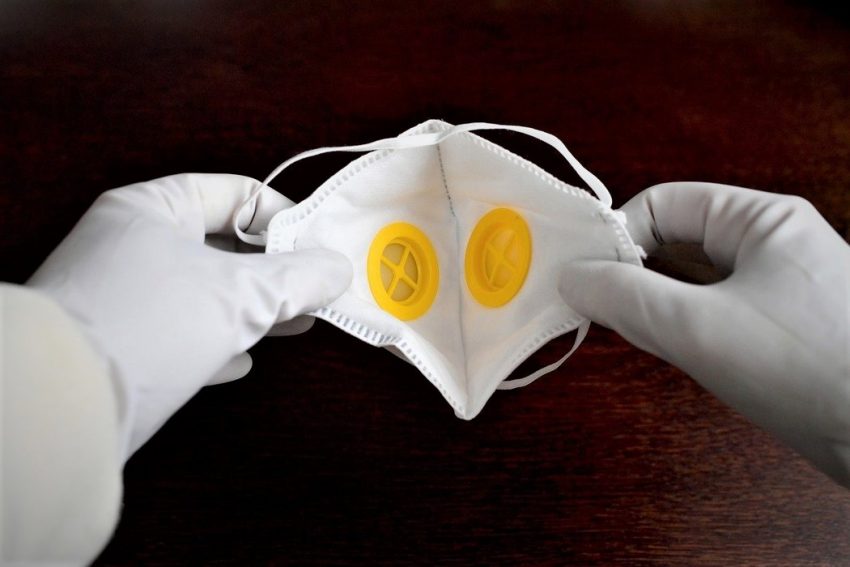 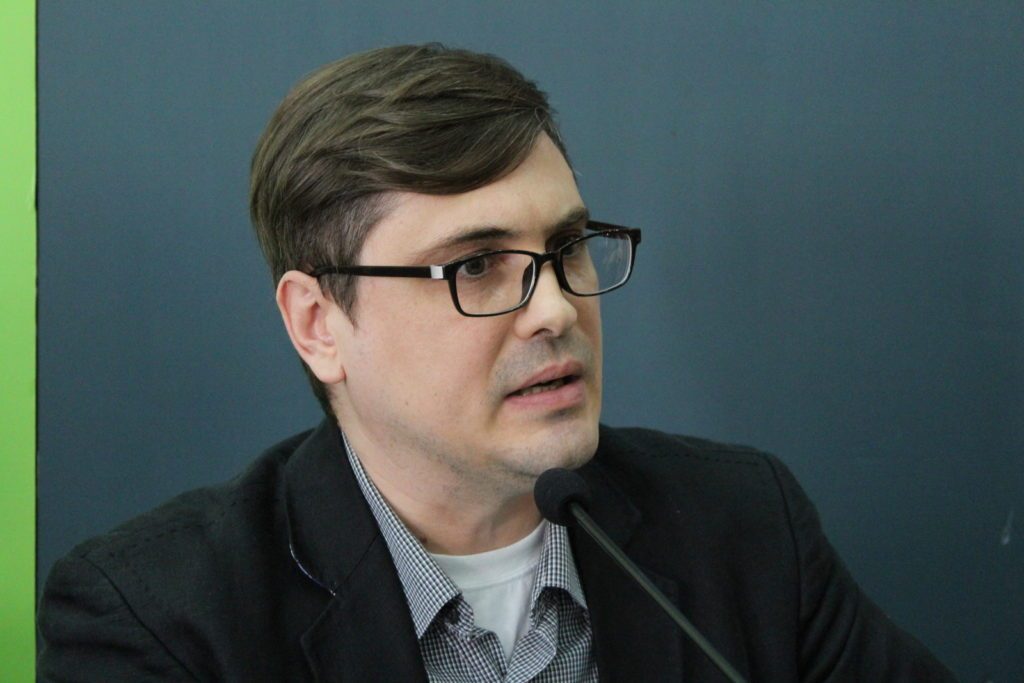