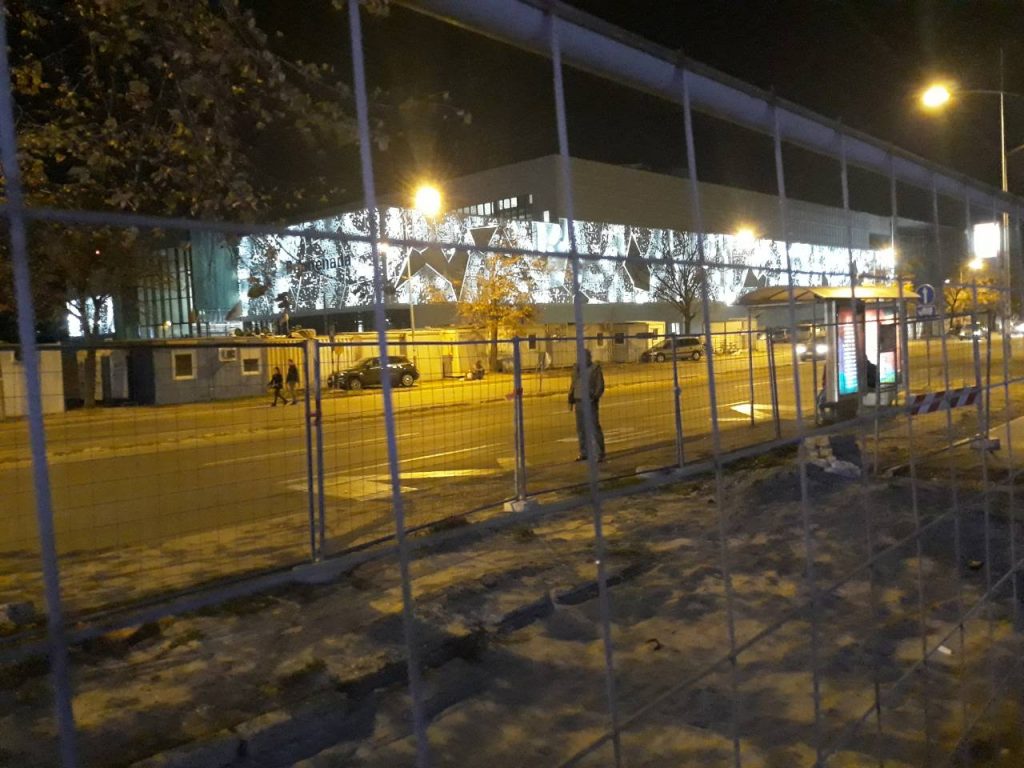 Following the appeala of the League of Social Democrats of Vojvodina and the opposition parties in Novi Sad, which claim that due to unprofessionally executed construction of the Promenada Shopping Centre and complications caused by underground water we could be facing a catastrophe, the investor company NEPI-Rockcastle finally issued a statement, claiming there is no danger.

In the statement sent by the South African company to the Investigative and Analytic Centre of Vojvodina (VOICE), they claim that their operations are “exclusively in accordance with the legislation and the highest international standards, both in other countries and in Serbia.”

The statement also states that, “all works on the construction of the Promenada Shopping Centre have been conducted in accordance with the permits issued by the competent bodies, pursuant to the law and special regulations.”

NEPI also denied that the safety of the citizens of Novi Sad, their property or the property of the city were jeopardized in any way as a result of the construction of Promenada, adding that each stage of the project implementation “is followed by a team of experts, since this is a very important business and investment project.”

However, the investor company failed to answer the question whether a problem with underground water was detected during the construction works and if it was, what steps were taken to remedy the problem. NEPI made no remark about the truthfulness of the information that pumping stations were deployed to pump excess underground water into the sewage system.

At the end of last week, LSV issued an announcement in which they said that, according to the information available to them, the design of the Shopping Centre construction had not been adhered to, i.e. the problem of underground water had not been dealt with appropriately.

They also stated that the investors, having noticed the problem, installed wells around the facility to drain excess underground water and pump it into the sewage system. According to the announcement, this will lead to floods during the first heavy rainfall.

LSV warned that this measure would lead to the shortage of drinking water in the city and that, due to the decreased level of underground water because of it being pumped into the sewage system, the buildings in the residential area of Liman would start sinking, cracking and collapsing.

Similar concerns were voiced by “Gradjanska Vojvodina”, a coalition of NGOs, which issued an announcement accusing the investor of disregarding the project design and that, therefore, Novi Sad would be left without drinking water and sewage system. This organization asked for the self-organization of citizens to “defend the health and lives of their children before it is too late.”

According to the 021 portal, opposition parties, such as the Democratic Party, the People’s Party, the Movement of Free Citizens, the “Dosta je bilo” (“Enough is Enough”) Movement, the New Party, the Serbian Left and the Movement for Reversal have also reacted in relation to the recent problems related to the construction of Promenada.

One of the designers, who wished to remain anonymous, briefly dismissed the claim that there had been a problem with underground water and claimed that no pumping stations had been installed to solve such problems.

The mayor of Novi Sad Milos Vucevic said to the Dnevnik daily newspaper from Novi Sad that a “for-cause” inspection would be conducted. Vucevic said that, “no-one was endangered, nor would the city ever do or allow that to happen.”

He added that the whole story surrounding Promenada was “made up by various political groups that joined the discussion of this matter late, thinking they could score some political points.”