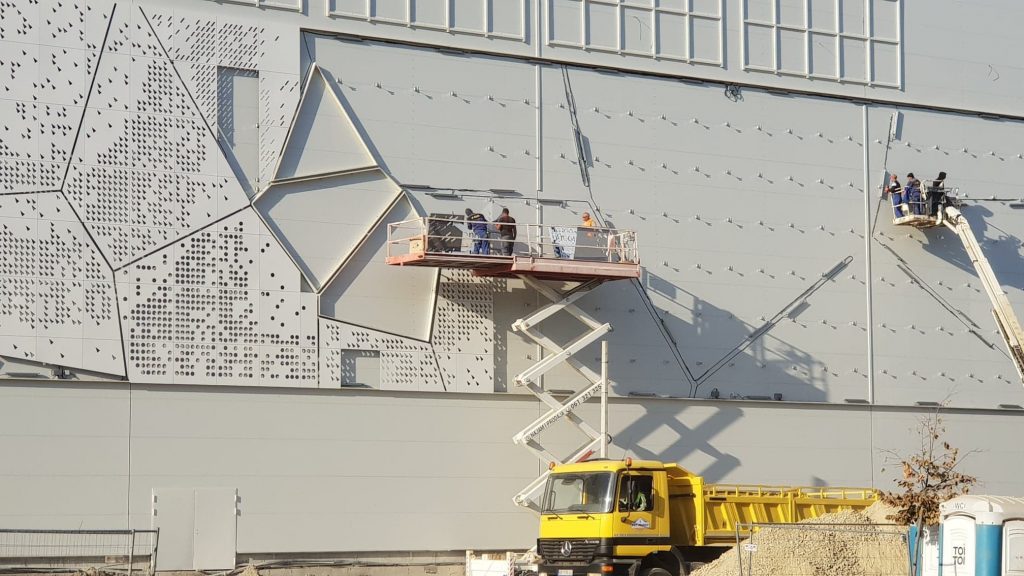 The deputy mayor of Novi Sad Srdjan Kruzevic said he had no information whether a report from a “for-cause” inspection of the construction of the Promenada Shopping Centre had arrived, but added that “the problem related to underground water must be solved, since our stormwater sewage can’t sustain such an influx of new water.”

When asked whether that meant the claims in the announcements issued by the League of Social Democrats of Vojvodina, “Gradjanska Vojvodina” coalition of NGOs and other opposition parties were true, Kruzevic replied that they had sent a team of inspectors to the site and that they would establish whether there had been any negligence and that he was unable to make any comments before their report.

Regardless of the inspection, almost simultaneously with yesterday’s session of the city assembly where Kruzevic talked to the press, the Smartpoint Adria marketing company, representing the investor company NEPI Rockcastle, organized an “informal brunch” in a café in the centre of Novi Sad on the occasion of the forthcoming grand opening of the shopping centre in question.

As it was pointed out at that event, the construction of Promenada was taking place according to the set deadlines and efforts were made each day to complete the construction in accordance with the defined plans.

The manager of the Promenada Shopping Centre Boris Stevovic did not want to talk about the alleged problems with underground water, saying it would be best to wait for the official statements of the competent bodies.

A similar attitude is taken by Darja Kustudija, marketing manager at Promenada, who didn’t want to make any comments on the matter, providing the explanation that it was “an informal meeting and we shouldn’t spoil the nice atmosphere.”

“Vodovod i kanalizacija, PUC issued a statement in which they claim that the investor in the Promenada project was “granted temporary permit for installing pumps to remove excess water, so that the workers on the construction site had the necessary conditions for ground works.”

“Such permit is always issued with limited duration to contractors, due to the composition of soil on the territory of Novi Sad and a huge amount of underground water”, the statement says.

The same company also said that they provided a negative reply to the investor’s request to release 60 litres of underground water per second into the sewage system, because the law does not envisage such an option.”

The statement also says that, “the technical control of the city management, when issuing use permits for newly constructed facilities, will assess whether the design documentation was completely adhered to and that, if that is not the case, “Vodovod i kanalizacija” PUC will turn to the competent institutions of the city.”

Namely, the League of Social Democrats of Vojvodina, “Gradjanska Vojvodina” coalition of NGOs and the opposition parties in Novi Sad issued announcements in which they appeal to the competent bodies in Novi Sad and the investors in the Promenada Shopping Centre to solve the problem related to underground water as soon as possible, since it is threatening to endanger the normal daily lives of the citizens.

After that, the mayor of Novi Sad Milos Vucevic announced a “for-cause” inspection of the Promenada construction site, saying that “no-one is in danger, nor would the city ever do or allow something like that.” However, we have still not received any results of the announced inspection.