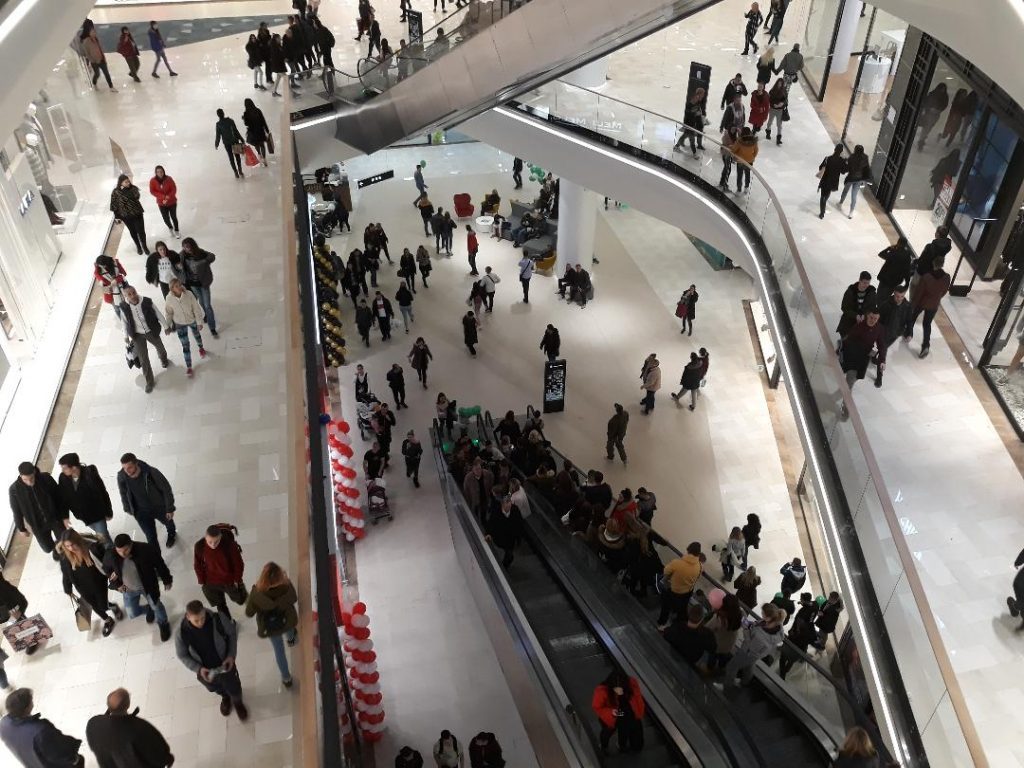 The Promenada Shopping Centre, which is the focus of an affair due to mistakes during its construction and potential threat to general safety, will be declared open tomorrow without a use permit, which the competent city department has not issued. Promenada will open its doors to buyers before the set deadline, thanks to a permit for trial operation, issued by the expert committee of the IBS institute from Novi Sad, hired by the investor.

The head of the city’s department of urban planning and housing Dejan Mihajlovic confirmed in a phone conversation with VOICE that the Promenada Shopping Centre would be open despite the fact that the facility does not have a use permit. As he said, the department had no say in the matter.

“It is a decision passed by their committee for technical inspection of facilities. The committee is completely independent and comprises licensed designers. What is the next step? You have to ask the investor,” Mihajlovic responded briefly and added that he did not know who was in the committee.

According to Mihajlovic, the permit for trial operation was issued pursuant to Article 157 of the Law on Planning and Construction. The law stipulates that the committee for technical inspection can allow a facility to start trial operation “if there is a need to assess the suitability of the facility for the intended purpose.”

During the trial period, which can last up to one year, tests and inspections of installations, amenities, facilities, stability and safety are performed, while the aforementioned committee checks whether the conditions for issuing a use permit are met.

VOICE tried to obtain information about the permit for trial operation from the investor, but to no avail. The manager of NEPI Rockcaslte Tina Mijovic was not available for comments even after a number of phone calls and messages sent.

Member of the ruling coalition in Novi Sad, the League of Social Democrats, warned that the project of construction of Promenada was poorly executed and that it could endanger the communal utility system of the city, primarily the sewage system and partially the water supply network, but that it could also have long-term effects on the foundations of nearby buildings. The potential catastrophic consequences of Promenada’s operation were also mentioned by the NGOs gathered in the “Gradjanska Vojvodina” coalition, as well as opposition parties. They have all warned that the project was poorly executed and that it posed threat to the safety of the citizens of Novi Sad.

Namely, an extensive investigation conducted by VOICE showed that significant mistakes related to hydro-insulation were made during the works on the foundation of the Promenada Shopping Centre.

The investigation showed that some works were conducted without necessary permits, that wells for drainage were installed, so that excess underground water could be pumped into the sewage system of Novi Sad, despite objections of “Vodovod i kanalizacija” PUC, and that newly founded companies and those whose accounts were blocked were hired within the scope of this project.