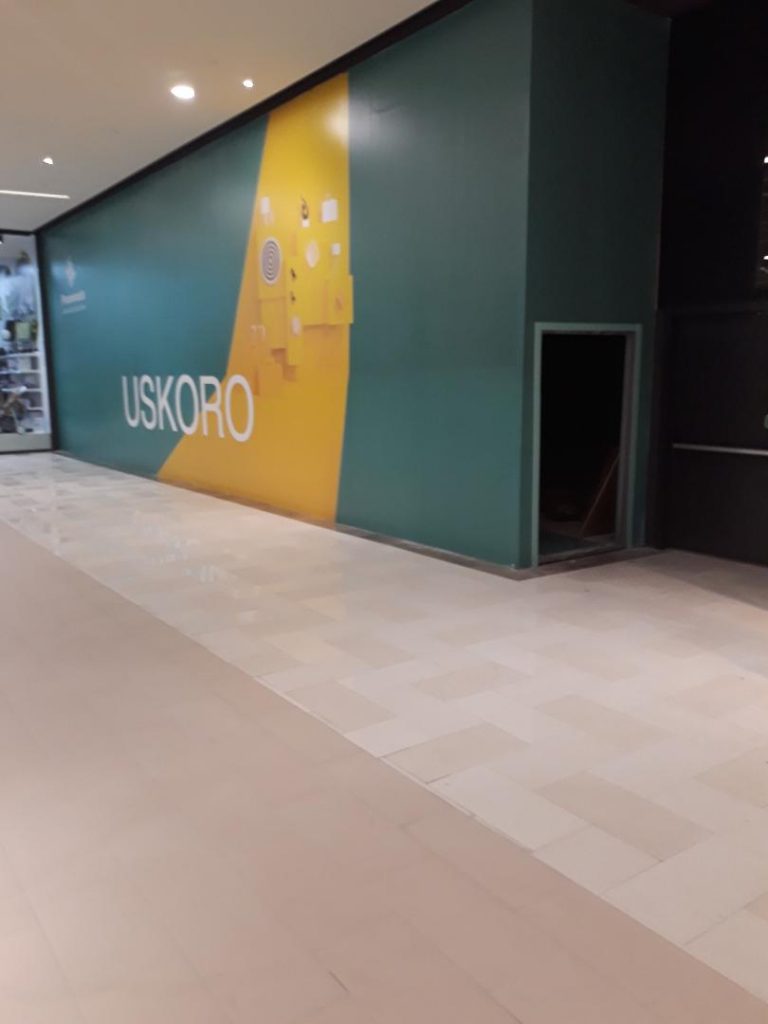 “Vodovod i kanalizacija” PUC issued a temporary permit for release of excess underground water from the Promenada Shopping Centre construction site in Novi Sad, three weeks after it rejected a request from the contractor to extend the permit. The investor company NEPI Rockcastle claims they have resolved all misunderstandings, but there is no answer to the question why they needed to extend the permit in the first place.

The PAB Company from Vrsac, a contractor and one of design companies commissioned to work on the construction of Promenada, submitted on 19th October to “Vodovod I kanalizaija” a request to extend the permit for temporary release of excess underground water into the sewage system of Novi Sad.

VOICE had access to a memo that states that the extension of the permit was necessary due to local interventions on the raft foundation, which require the underground water levels to be lower. The memo, however, does not provide any explanation of what kind of interventions were necessary, since the construction works are in the final stage.

Neither have we received any explanation from the marketing manager of NEPI Rockcastle Tina Mijovic, who avoided answering the question whether the extension had been requested because of works on the rehabilitation of the foundation.

“The permit in question for temporary release was constantly issued to us during the works, since August 2017 until (and including) September 2018. All misunderstandings we had with local authorities have been resolved recently and we have today received a permit to release excess water until November,” Mijovic says in her brief statement to VOICE.

The designer in charge from PAB Company, Slavoljub Korcakoski, who took part in the process of designing the construction and drainage using wells, refused to talk about this matter.

Namely, “Vodovod i kanalizacija” rejected the constructor’s request to extend the permit for releasing excess underground water from the Promenada construction site.

“Vodovod i kanalizacija” originally said that an on-site assessment established the facility was in the final stage of construction and about to be declared open and, thus, “there is no longer an option to for underground water to be released into the sewage system of Novi Sad on the construction site.”

The memo also stated that in accordance with the assessed state of affairs, this company could not issue a permit for releasing and draining excess underground water into the city’s sewage system, neither in the requested period, nor in the future.

As the chief engineer at “Vodovod i kanalizacija” had previously explained, that permit can only be extended in case of necessary renovation works.

The lack of permit, however, was no obstacle to the contractor and investor to continue construction works, which has been reported by VOICE already. When asked how it was possible for the construction works to continue, neither “Vodovod i kanalizacija”, nor the city’s department of urban planning and housing provided an answer.

Many controversies have arisen over the previous several months in relation to the construction of Promenada, directly related the release of excess underground water into the sewage system of Novi Sad.

It was the League of Social Democrats who first issued a warning that there was a danger that the investor was planning to release 60 litres of water per second into the sewage system due to poorly executed works on the foundations of the shopping centre and that such move could seriously jeopardise the sewage system, drinking water springs, as well as the foundations of the residential buildings in Liman.

Next, a coalition of NGOs “Gradjanska Vojvodina” and opposition parties warned about a similar scenario, which is why mayor Milos Vucevic announced a “for-cause” inspection in mid-September.

The pubic has not received any official results of this inspection and after a several-week long search for answers, journalists heard from Vucevic that they no longer had any reason to talk to the competent authorities regarding this matter, since “he speaks on behalf of the city.”